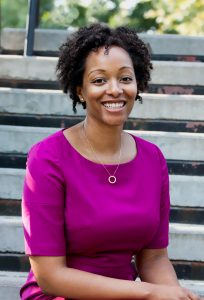 Editor Ayesha K. Hardison holds a joint appointment in the Departments of English and Women, Gender, and Sexuality Studies at the University of Kansas. Her area of study is twentieth- and twenty-first-century African American literature and culture. Her primary research interests are in literary history and Black women’s writing; she also has secondary interests in cultural history, film, visual media, and popular culture studies.

She is author of Writing through Jane Crow: Race and Gender Politics in African American Literature (University of Virginia Press, 2014). She has published articles in African American Review and Meridians: feminism, race, transnationalism as well as book chapters in edited collections analyzing representations of Black women in novels, film, and comics. Additionally, she co-guest edited issues of Women, Gender, and Families of Color and The Langston Hughes Review evolving out of “Black Love: A Symposium,” a national conference she co-organized to celebrate the 80th anniversary of Zora Neale Hurston’s Their Eyes Were Watching God at the University of Kansas. She will co-direct the three-week virtual NEH Summer Institute “Hurston on the Horizon: Past, Present, and Future” summer 2021.

In 2019, she became the editor of Women, Gender, and Families of Color. Editorial board chair Cécile Accilien is professor and chair in the Interdisciplinary Studies Department at Kennesaw State University in Kennesaw, Georgia. Her area of studies are Francophone African and Caribbean Literatures and Cultures and Film & Media Studies; Her primary research areas are Caribbean Popular Cultures, Film and Media Studies, Women, Gender & Sexuality Studies.

She is the author of Rethinking Marriage in Francophone African and Caribbean Literatures (Lexington Books, 2008). She has also co-edited and contributed to two collections of essays, Revolutionary Freedoms: A History of Survival, Strength and Imagination in Haiti (Caribbean Studies Press, 2006) and Just Below South: Intercultural Performance in the Caribbean and the U.S. South (University of Virginia Press, 2007); she co-wrote with Jowel Laguerre English-Haitian Creole Phrasebook (McGraw Hill, 2010) and Francophone Cultures Through Film with Nabil Boudraa (Focus Publishing, 2013).  She has published articles in the Journal of Haitian Studies, Women, Gender and Families of Color, Revue française, Southern Quarterly and Diaspora in Caribbean Art. She is finishing a co-edited volume Teaching Haiti: Strategies for Creating New Narratives (forthcoming  with University Press of Florida, 2021) and a monograph temporarily titled Haitian Hollywood: Representing Haiti and the Haitian Diaspora in Popular Cinema (under contract with SUNY Press).

In 2019, she became the chair of the editorial board of Women, Gender and Families of Color. She is also on the advisory board of the Haitian Studies Association. Advisory Editor Jennifer Hamer is vice provost for faculty affairs-faculty development at the Pennsylvania State University. She was formerly Associate Dean for Diversity, Equity, and Inclusion at the University of Kansas. Her general area of study is the sociological and interdisciplinary qualitative study of families, especially those within the United States. Within this broad field, her primary research interests are African American fathers, mothers, and families, especially those that are working class.

She has published in varying journals such as the Journal of Marriage and the Family and Journal of Black Studies. In addition, she is the author of What it Means to Be Daddy: Fatherhood for Black Men Living Away from Their Children (Columbia University Press, 2001). Her most recent book, Abandoned in the Heartland: Work, Family, and Living in East St. Louis (University of California Press, 2011), is an analysis of how working class African American men and women negotiate work, kin care, and family in a poor suburb.

BA, Sociology, The University of Texas 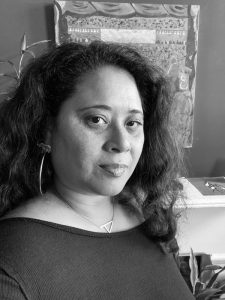 Book Review Editor Adrienne D. Dixson currently serves as a professor of Critical Race Theory and Education at the University of Illinois at Urbana-Champaign. Her scholarship examines the intersectionality of race, class and gender in urban educational contexts, with a particular interest in how these issues impact educational equity for students and people of color in the urban south. Her work is widely published in academic journals and edited books. Her most recent books include Critical Race Theory and Education: All God’s Children Got a Song (Routledge), Handbook of Critical Race Theory and Education (Routledge), Resegregation of Schools: Education and Race in the 21st Century (Routledge), Researching Race in Education: Policy, Practice and Qualitative Research (IAP Publishing), and A Condition or a Process?: Researching Race in Education (American Education Research Association). She was listed in the 2021 RHSU Edu-Scholar Public Influence Ranking. Her research has been funded by the Spencer Foundation, the Kellogg Foundation, and the National Science Foundation. 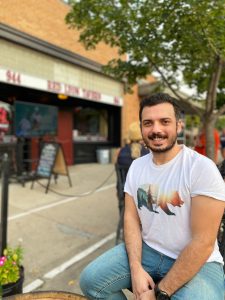 Assistant Editor Can Sakar is a Ph.D. Candidate in the Department of Educational Leadership and Policy Studies at the University of Kansas. His primary research interests are higher education, international and comparative education, and the transition to online and blended course delivery designs.

He has published in various journals such as the Educational Research and Reviews, International Journal of Education and Language, and the Journal of Mother Tongue Education. In addition, he is the co-author of an academic book titled Children and Education in Ali B. Huseyin El-Amasi’s Tariku’l Edeb (Academician Publishing House, 2019). He is also the co-author of a book chapter titled “Children and Children’s Literature in the Historical Process” in Contemporary Children’s Literature (Pegem, 2021).

In 2021, he became the assistant editor of Women, Gender, and Families of Color. He is also on the editorial board of the International Journal of Children’s Literature and Education Researches (CHEDAR).